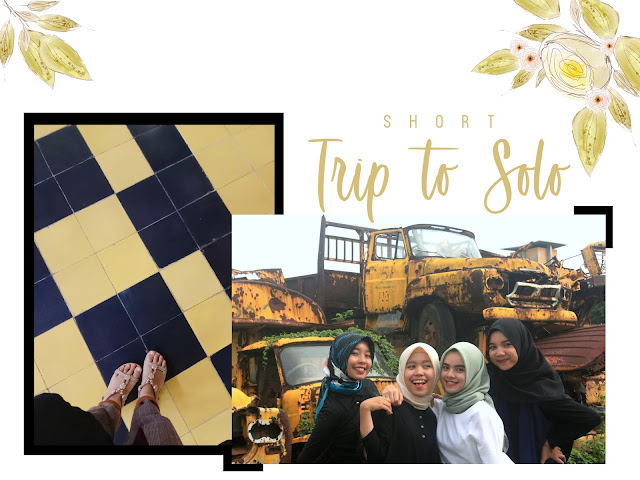 Every semester break, they are always noisy + Anin because they want to go on vacation together. We actually have a lot of plans, going to Bandungan, Jakarta, which is far away. Eh, but it’s still going to go solo again to solo again. It’s okay, hang on. Instead of eating seblak at Hartono again? 🙂

This trip, Anin did not go because she had already entered college, Anin’s enthusiasm. So the personnel for Solo Trip this time were me, Khansa, Via, and Ara. It started from when I met Via for cod nail polish :))) Then Via asked me to play, so I skipped the “go to Solo again” invitation, so finally I went to Solo! When planning where to go, I’m a bit confused because we’ve been to Solo & Karanganyar together twice. Well, we just said we want to go there, we want to go there, then everyone who takes care of Ara :))) loves it.

Depart at half past nine from Ara’s house, arrive solo at 10 and a half. Because we were hungry and some of us didn’t have breakfast, our first destination was Warung Selat Mbak Lies! 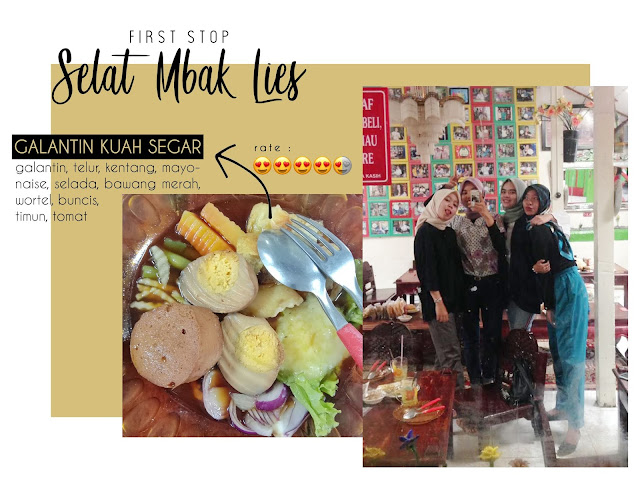 The place is really cute, where there is also a big glass next to the table where we eat. Well, I’ll keep taking photos :)) Because I and khansa don’t like meat, so we ordered galantin, which the taste of the meat wasn’t that strong. At first, I ignored it, so I didn’t mind it because I was busy taking photos and editing, then when I tried it….. IT WAS VERY GOOD. I like the food the same 🙁 It’s a cute place, the food is delicious, the price is affordable (19-21k) again. Unfortunately the small place makes it cramped between one table to another. Luckily yesterday it was quiet so I wasn’t shy about taking photos everywhere, if it’s crowded, it’s like I won’t take photos… 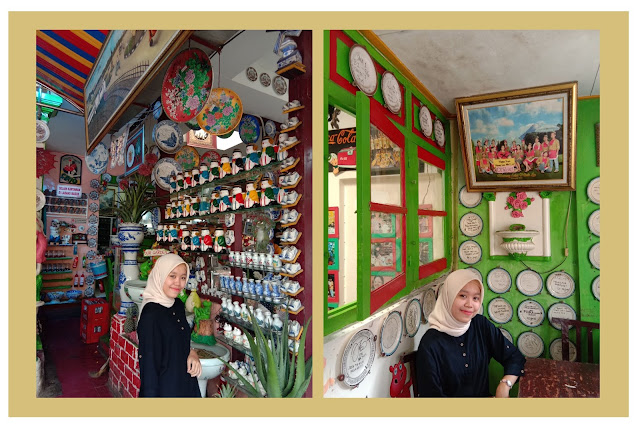 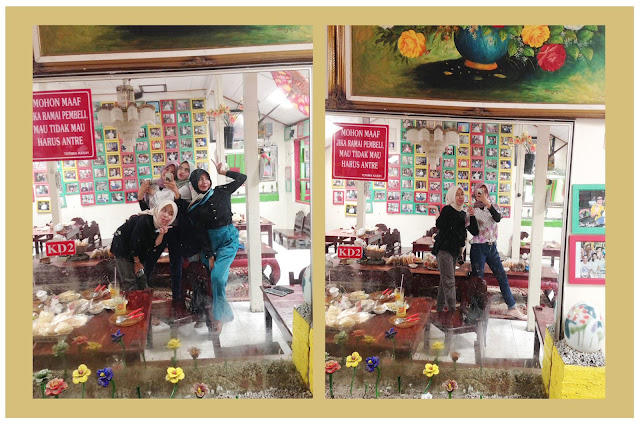 After taking photos + eating dinner, it’s already half past 12. We immediately go to Leker Gajahan to buy snacks. After eating, there are still snacks to buy 🙁 So leker Gajahan is one of the famous foods in Solo. The location is in Gajahan, enter the alley and then you will be on the side of the road using a tent.

There we were super clumsy because calculating how much chocolate we wanted, how many bananas, how much cheese, how much cheese, was a bit complicated. Luckily, the seller was sensitive, gave him a paper and a pen. Luckily again, when we bought it, it wasn’t crowded, so we didn’t feel embarrassed :))) While waiting for the leker to be made, ootd first at the door near the Gajahan Leker’s tent. It’s soooooo funny. 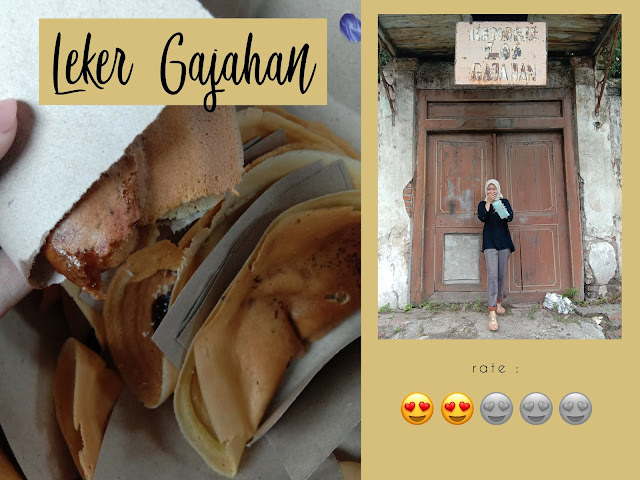 The Leker itself is delicious, but not the best Leker I’ve ever tasted. But bananas and chocolate are really not stingy, a lot. The milk cheese chocolate is the best. The price is 4000-7000 rupiah per 1 lekernya. Yes, it’s worth it, it’s not stingy 🙁

After Leker Gajahan, we went to the big market. What do you want to do? I don’t know:))) When you get there, look for parking then walk into the market looking for snacks (again). But yes, we want to take photos, so we play solo, so we wear clothes, that’s how it is. When you enter the market, you feel very salty :)) How can you see everything there. What’s annoying is, we’re taking selfies, being tempted by pedicab drivers, sellers like that. It’s annoying. A risk of traveling with beautiful friends 🙁 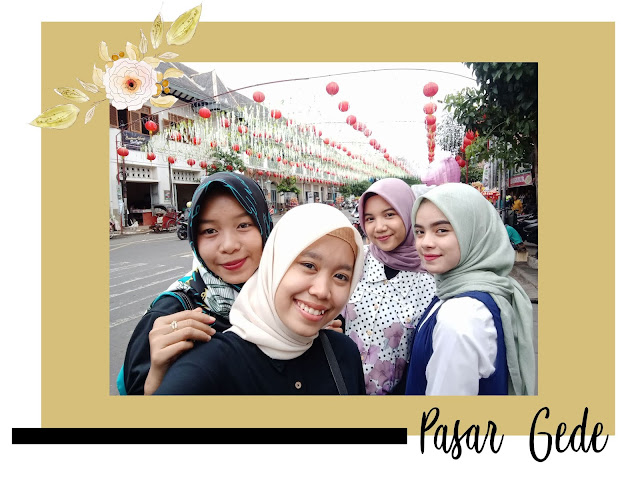 So, in the area around Pasar Gede, there are lanterns to welcome Chinese New Year. Actually, the reason we stopped by the big market was because of that, lanterns :))) Oh yeah, for those who are looking for a mosque near Pasar Gede, why is there near Joglo or something, in front of the Telkom. The mosque is nice, clean, it&#39;s nice to relax. 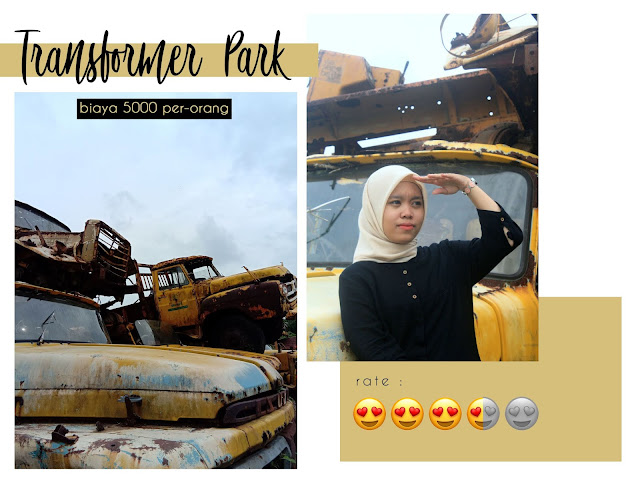 To enter there, take the road next to Transmart, the alley, then you will find a large field. Well, that’s transformer park. There is also grass there which is good for photos too. So let’s take a photo of the grass too, even though there are cars in Jogja 🙁 Oh yeah, the cars in Transformer Park are a bit scary when you move them up. Just imagine that cars are just piled up like that… But still, Bella goes up :)) ) 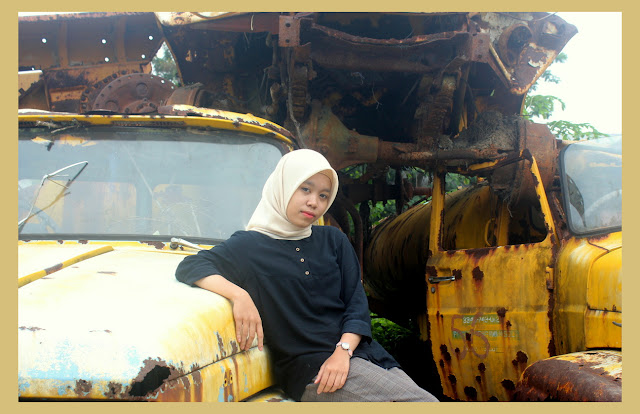 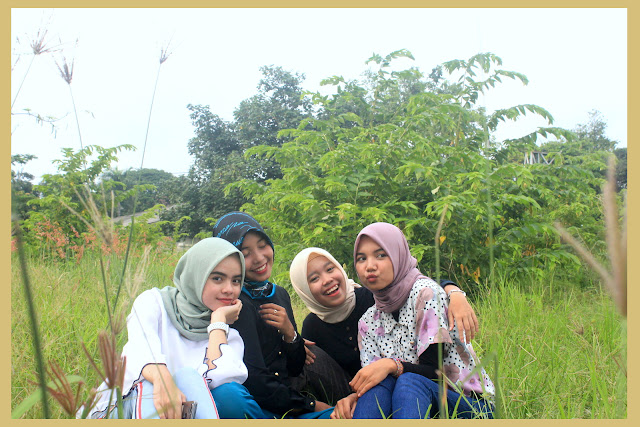 After taking the photos at Transformer Park, it’s already half past 3 o’clock. We went straight to De Tjolomadoe. It’s like a museum that was once a sugar factory in the Karanganyar area. 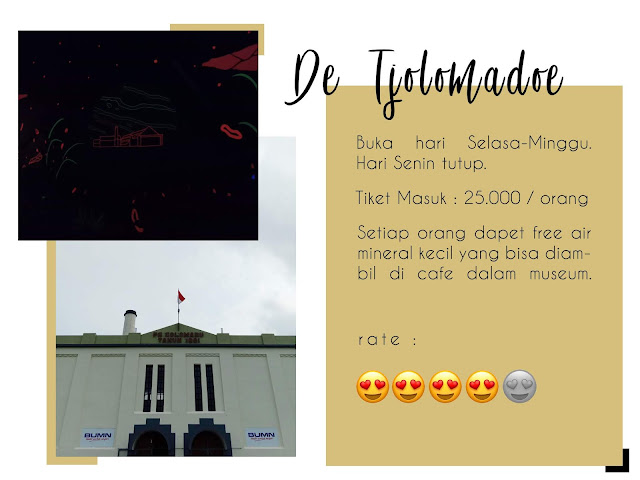 It’s not just the machines, there are lots of funny photo spots. There is a room that contains paintings, there is also a room where the lights are off and the painting inside glows in the dark. It’s really funny. Outside the room, there are also many spots that can be used as funny photo spots. We keep taking pictures until we are tired 🙁 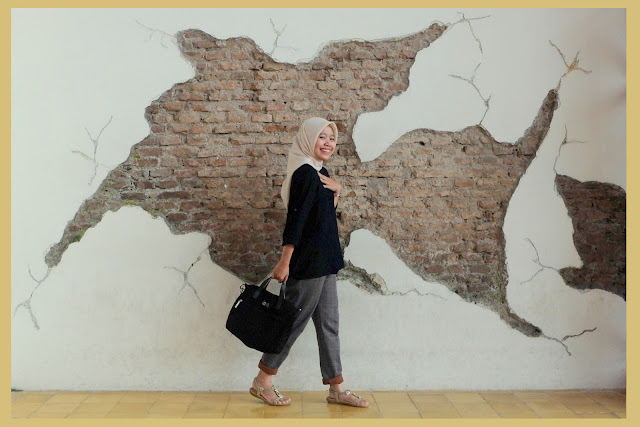 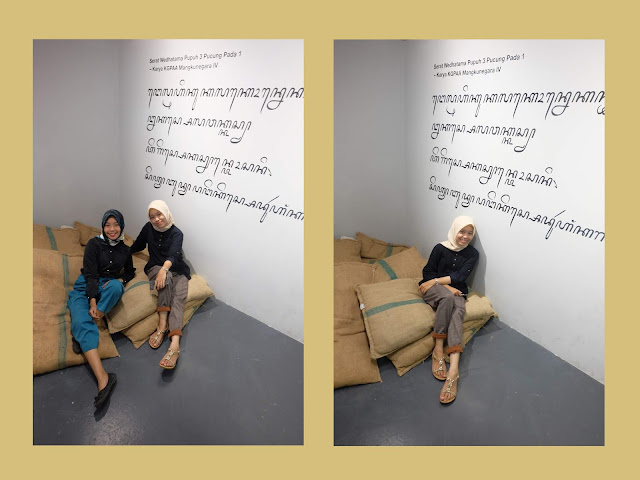 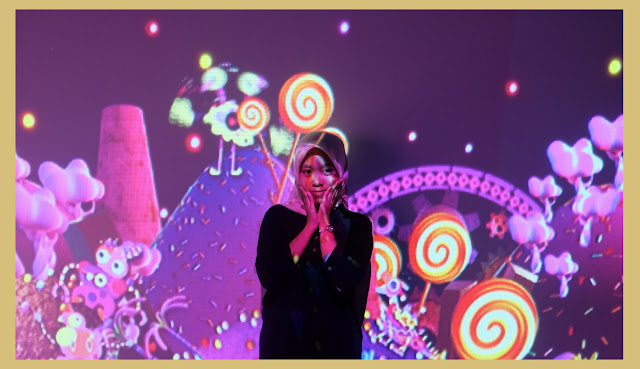 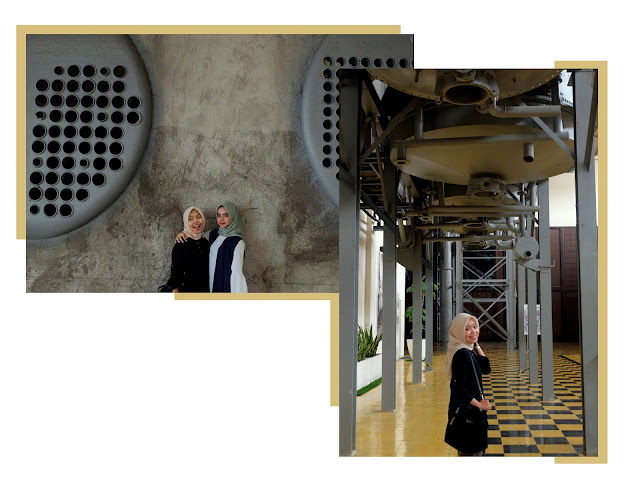 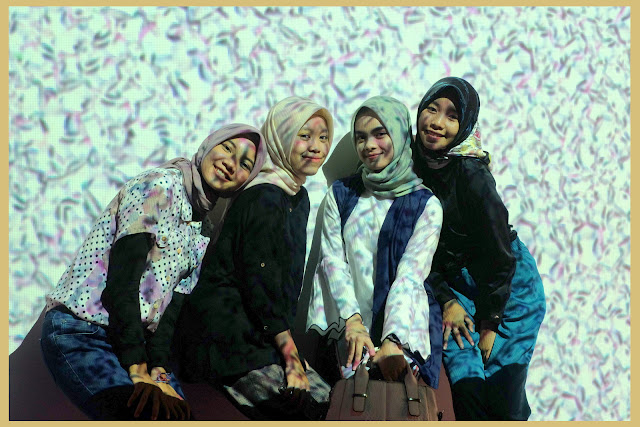 After taking pictures, we went out and starved. Because it was late, we finally ate at Nasi Liwet Yu Sani. Then at 7 o’clock, go back to Jogja. 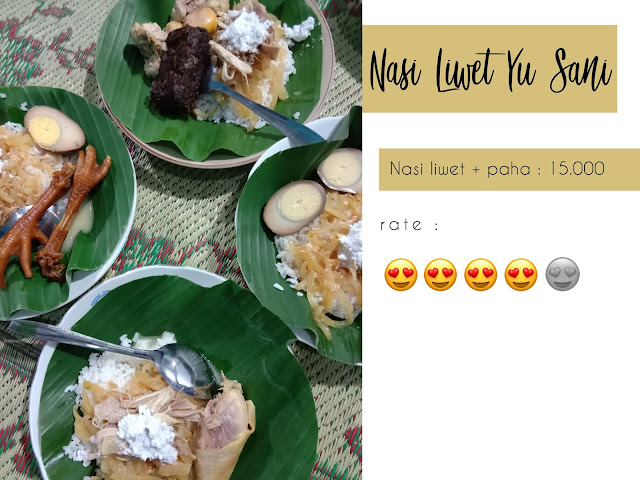 Most trips are the destination for this, wkwkwk. Where have you been a day? When I got home, my feet were really sore 🙁 But I’m happy because we can finally play together, even though we’re back in Solo, wow. Where are the good photos?

Never mind. Oh yes, yesterday I made a vlog. I’ll update the link here when it’s uploaded! Thanks for stopping by & reading! 🙂