Did you know that (again) Scarlett is releasing a new product? Now, this is the new product that I’ve been waiting for the most. Previously I’ve tried several Scarlett products, and I really like their two body lotion variants, Freshy and Jolly! This time, Scarlett Whitening released Freshy and Jolly in the form of a shower scrub or soap. In addition to the two variants, there is also a Charming variant which has become the love of many people. 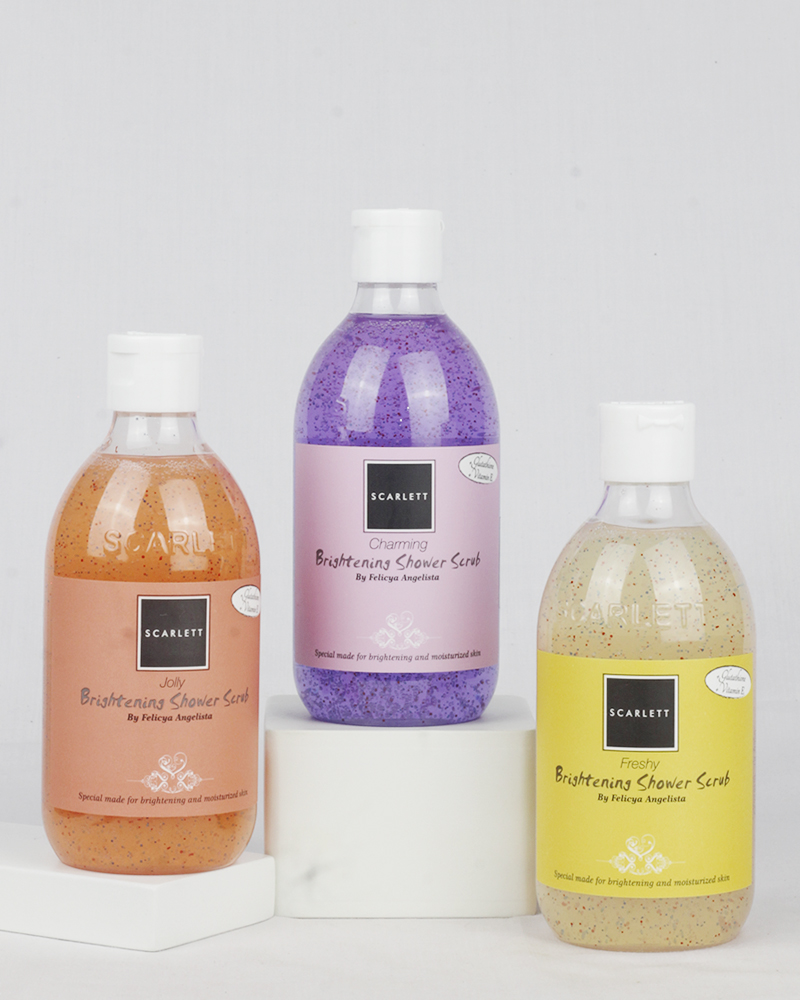 When I tried the Freshy and Jolly Body Lotion, I was really hoping there would be a Shower Scrub version because it smells so good! It’s finally real now. And it’s not just Freshy, there’s Jolly and Charming too <3

Even though I’ve discussed it before, but I want to remind you about how to use this product. This Scarlett Whitening Shower Scrub is a soap with super soft scrub particles. You can use this every day. How to use, just apply it all over the body and rub gently. After that, rinse with water until clean. 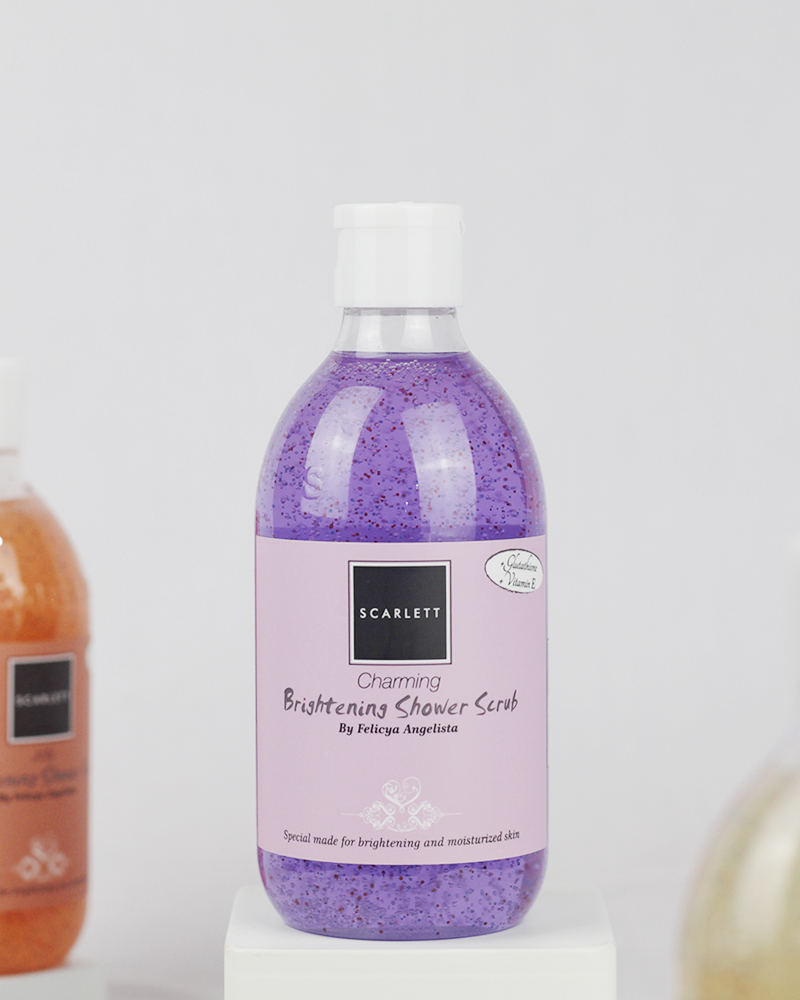 This purple variant has a similar smell Baccarat Rouge 540 Eau De Parfum. With a blend of Jasmine, Saffron, Cedar Wood and Ambergis notes, this Charming Scarlett Whitening Shower Scrub suitable for special occasions because it smells luxurious! Oh yes, the scent of this shower scrub is lighter than the body lotion. 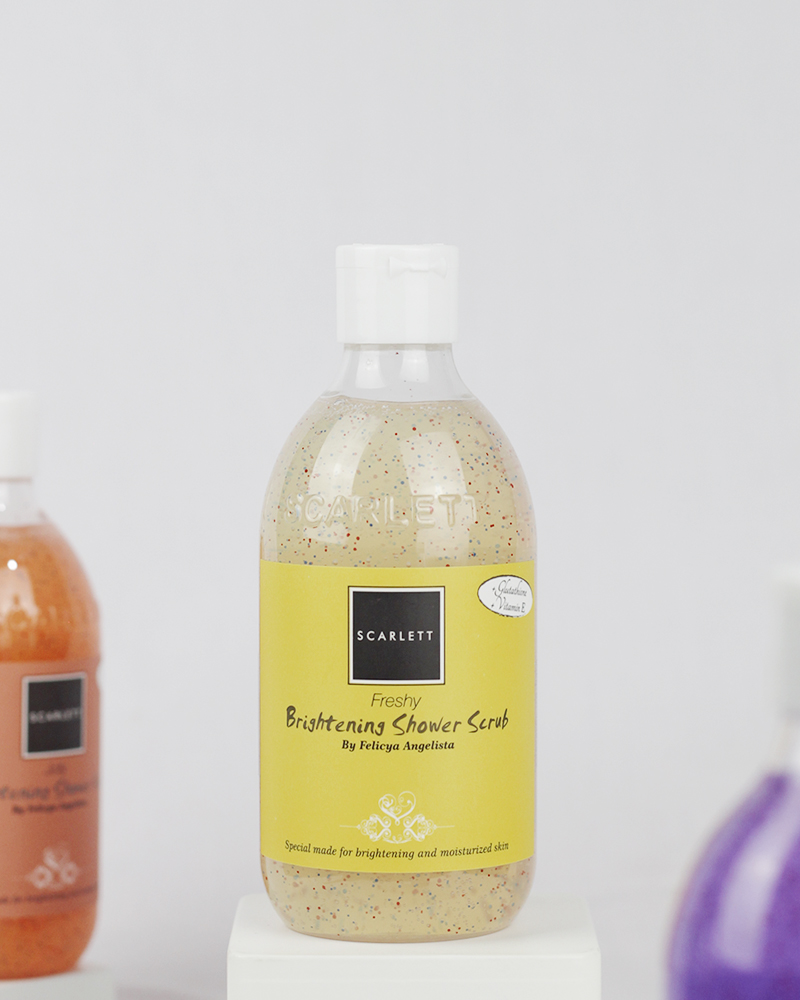 The Freshy variant is my favorite variant! That’s why I was very happy when I found out that the Scarlett Whitening Shower Scrub has this Freshy variant. The fragrance is a blend of Patchouli, Melon, Engelish Pear and Freesia, similar Jo Malone English Pear & Freesia Eau De Cologne. This type of Freshy fragrance very suitable for daily. 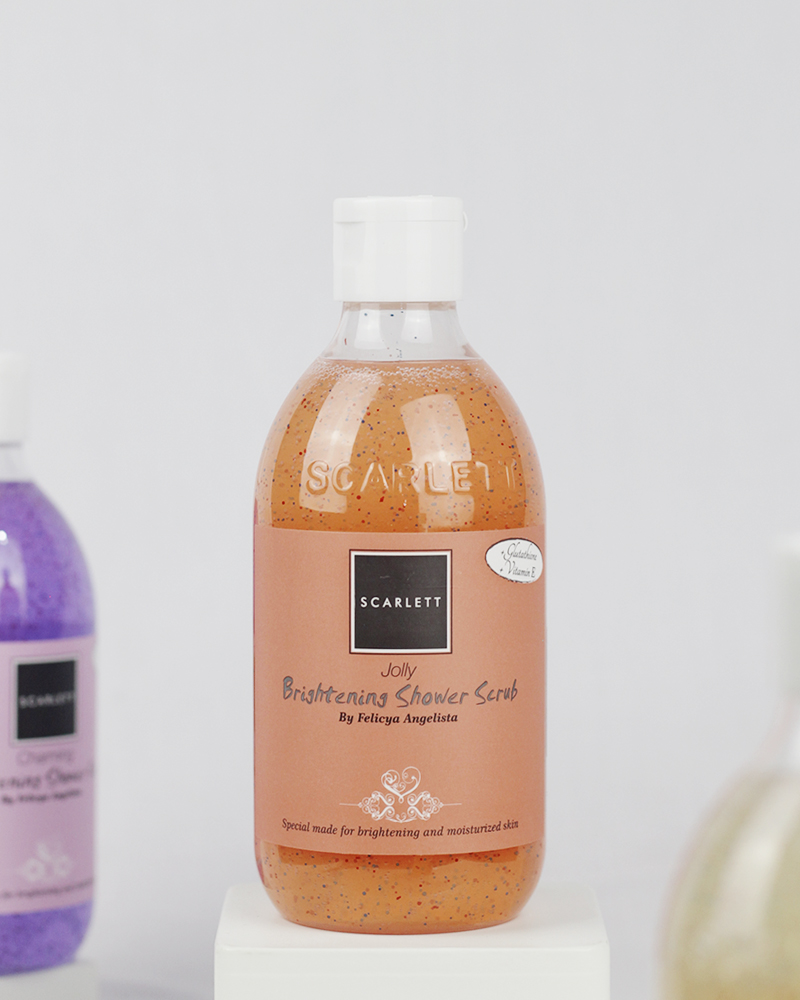 This Scarlett Whitening Shower Scrub Jolly has a reddish-orange color and the fragrance is a mix of sweet and fresh. The fragrance is a blend of the aromas of Coffee, Jasmine, Cedar Wood and Vanilla. They say this Jolly smells similar Yves Saint Laurent Black Opium Eau De Parfume. Suitable for all moods daily or special occasion. 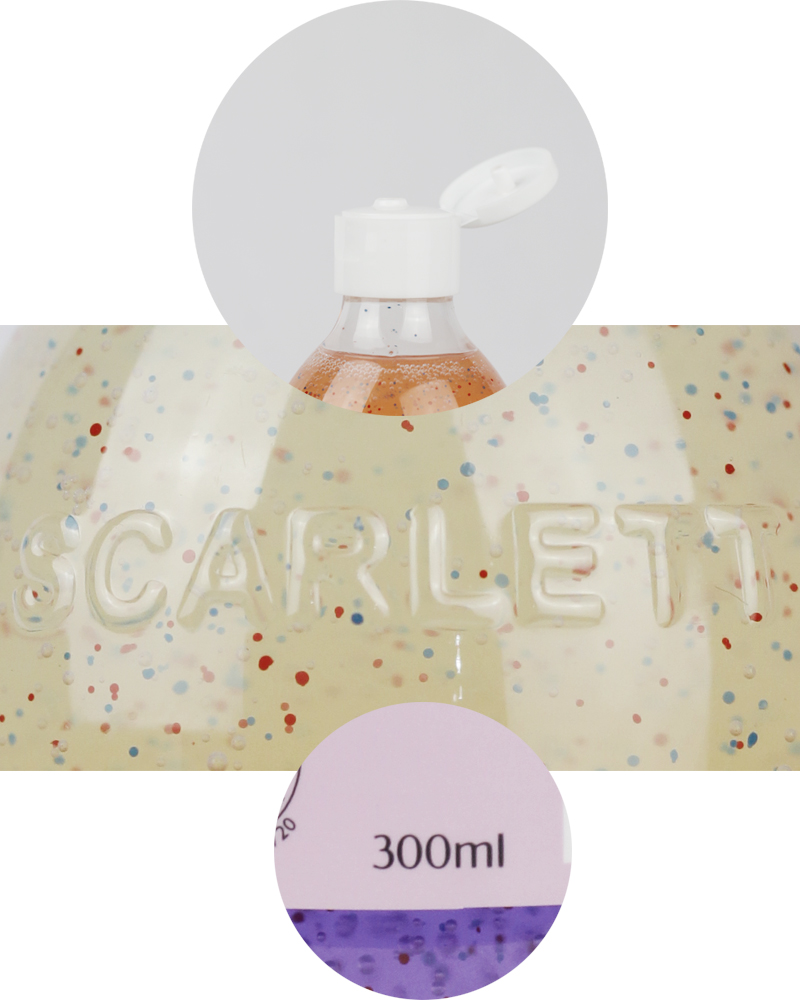 This new variant of the Scarlett Whitening Shower Scrub product has the same packaging as the previous variant. The bottle is transparent plastic with Scarlett writing detail. The bottle cap is white with a flip top model, this makes it really easy to use the product. For size 300 ml all!

Besides wanting to talk about product packaging, I also want to discuss packaging when shipping. So these Scarlett products are packaged in plastic bottles, there must be worries if they leak on the way, right? Now, you don’t need to worry because the product is covered with bubble wrap, then cardboard is given, and there is a warning not to slam it because the item is easily broken. 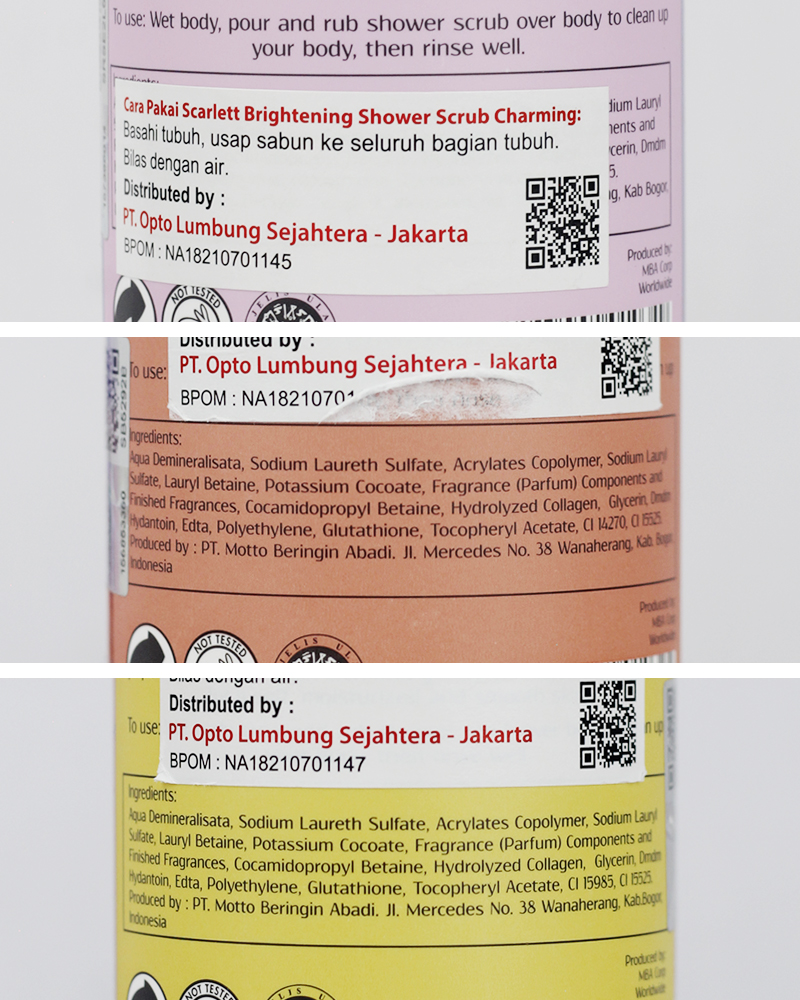 The content of the three variants of the Scarlett Whitening Shower Scrub is the same, the difference is only in the fragrance and color. As usual, Scarlett Whitening products contain Glutathione which can brighten and its anti-oxidant content makes the skin healthier and looks more glowing. Besides that, there are also contents Vitamin E which can prevent skin damage and Collagen which can reduce wrinkles.

This Scarlett Whitening Shower Scrub Halal, safe to use for all skin types, and safe for pregnant and lactating women too. 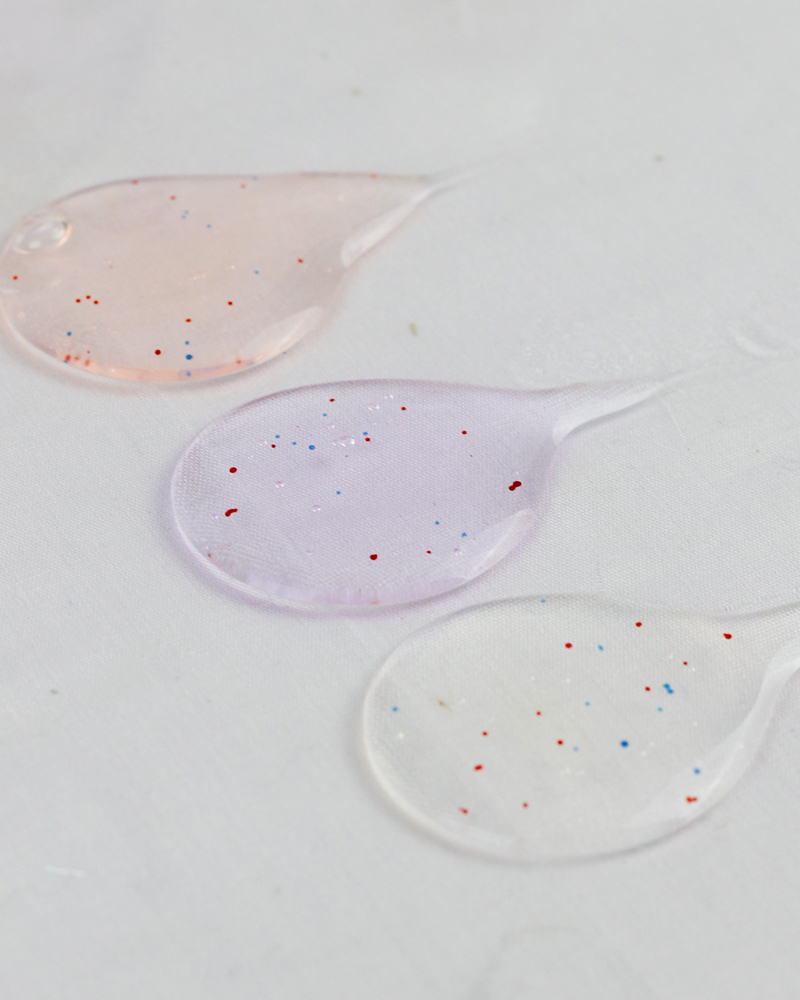 This Scarlett Whitening Shower Scrub does contain scrub granules, but the third time you use it, it doesn’t feel harsh or painful at all. I really enjoy using it every morning and evening.