Heeeeeeeeeey!!! I am SUPER excited to announce that we’re officially in the new house. Squeeeeeeeee! It’s been a crazy whirlwind these last few months but we’re settling in and, shockingly, we’re finding that this house already feels like home. Here are some photos of our new digs, including the listing photo of the kitchen: 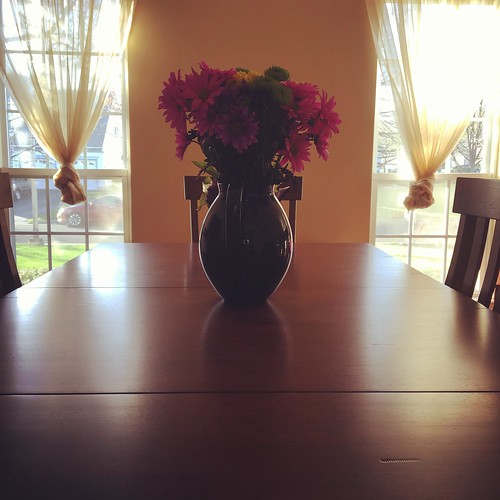 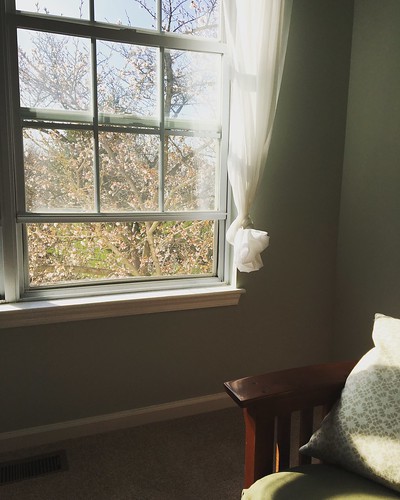 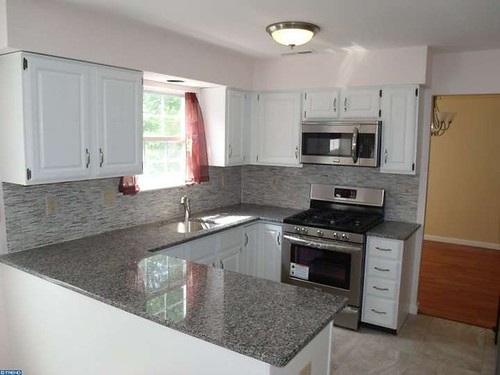 I’ll admit, I was a bit nervous about cooking in this kitchen. It may look nice, but it was most definitely NOT designed by someone who enjoys cooking. For starters, there’s no triangle. And insufficient storage. Heck, there isn’t even a silverware drawer. Needless to say, a kitchen remodel is on the horizon…just as soon as we save up the necessary funds to do it right. We’ll be knocking down the wall where the stove is and expanding into the space that was previously the dining room. That’s why we turned the formal living room into the dining room. 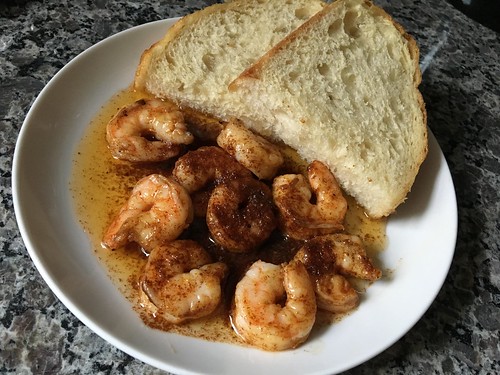 Sigh. We are just so in love with the space, the neighborhood, everything. I still can’t quite believe we pulled it off. But enough about the new house…on to the recipe! I first had grilled shrimp with anchovy butter at least 20 years ago (likely closer to 25…eeek!) at Hamilton’s Grillroom. It’s been a staple on their ever-changing menu for all this time, and for good reason – it’s delicious. And so simple. They serve massive shrimp at the Grillroom, but all I had on hand were these smaller ones. It doesn’t make too much of a difference, but I may splurge on larger shrimp next time so they can spend a bit more time on the grill and get that wonderfully smoky char.

1/2-lb shell-on shrimp, any size (go for the larger ones, if you can)
6 tablespoons butter
half a tin of anchovies
crusty bread, for serving

Prepare your grill. If the shrimp are on the smaller side, place them on skewers so they’re easier to flip. Grill until just pink.

Meanwhile, melt the butter with the anchovies in a small skillet. You want the anchovy filets to melt into the butter.

When the shrimp are cooked, divide them evenly on plates. Top each with some of the anchovy butter. Serve with slices of crusty bread to sop up all the delicious butter.