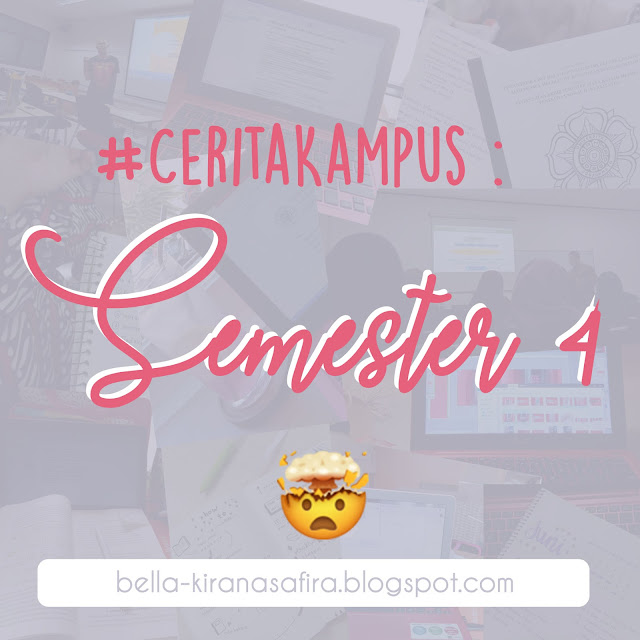 Thank God semester 4 (finally) is over! Even though the grades haven’t come out yet, but I feel really relieved to have made it through the tough and tiring months in semester 4, cheelah :)) But seriously, that’s how it feels…

Why is semester 4 different from usual? Why does it feel heavier? BUAHAHAHA, let’s peel it thoroughly to get rid of the nervousness of my dear friends too 🙂

First, um, so my responsibilities in the campus organization in the 4th semester yesterday have become bigger than before. Yes, like it or not, but you have to want to, the effort to do the best is also added. Then if you were a child before, now being a mother automatically you have to be a good example too. Second, to be honest, I really want to focus more on the knowledge that I can get in class. Because the previous 3 semesters I really liked to be truant and have fun, it’s like I just want to repent. Because actually the knowledge that can be absorbed from the lecture is more than I imagined before. I mean, I imagine that government politics will be serious and rigid, yes, it’s true, HEHE, but it turns out that there are many other insights that I finally got (after always contemplating on my way home from campus).

Yes basically I became super busy and super don’t have time to rest. Yes, you can still take a break but you don’t have a ‘total’ break, you know. Yes, it’s just his eyes that are resting, his mind and heart are not ok wkwkwk. Then guess what happened to me…. 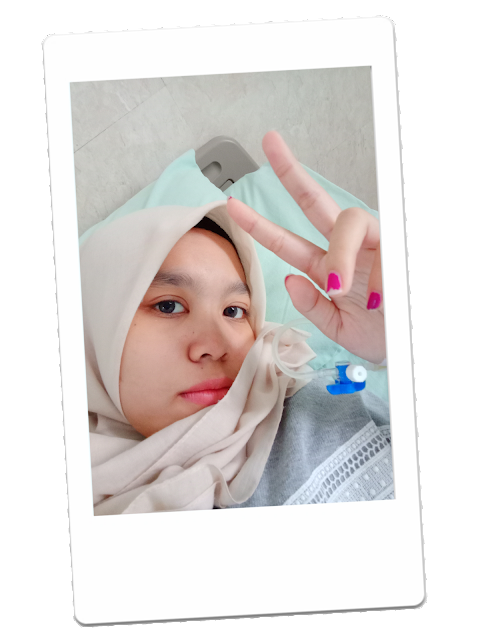 I’m hospitalized please :))) How long huft :))) So I’m actually a person who never feels sick. If you’re dizzy/stomach ache (unless you get sick)/weak and then there’s an event, I’ll never feel it. It’s like “well, it’ll get better too”. And suddenly, it’s an emergency. Btw, I know my situation is an emergency from the doctor. I admit that I feel normal, but all doctors from clinics to hospitals are always shocked when I tell them their complaints. I just didn’t believe it, I still went to the clinic with my own motorbike, still confident about asking for medicine :)))

Then finally had to go to the hospital and at the hospital the doctor without further ado immediately “opname it” WKWK. I’m shocked. Even though I went to the hospital the position was already skincare, uh glowing. Then I put pressure on it and put on a nice dress, where did you get the lipstick :)))) Ehhh, I was told to lie down and then stabbed with a needle :))))

When I was in the hospital, I still managed to do group work, negotiate organizational events, and even make content :))) I was really bored. I thought it would only be a day or two, but it turned out to be four. Rotten in the hospital 🙁

As soon as you leave the hospital, it’s the end of Ramadan, so the last classes before the Eid holidays & UAS have started. After Lebaran, there is 1 week to prepare for UAS (aka work on group UAS deadlines:’)))). Then UAS week deeeh…

Speaking of UAS, there are a lot of things that I got from the toughest UAS during college, wkwkwk. First, you actually can, as long as you want to try and try. There are so many tasks (individual/group) that I don’t think I can do. Turns out… it’s over on time. As long as you want to start, try to do it and then try to do it with the best quality you can. Done deeeh~ Second, group work is quite difficult for an ISFP kid like me. But it turns out that there is an extraordinary wisdom, namely, I can know who my real friends are. The character just looks like that hehe. Third, takehome is not as fun as one might think. Really, seriously. If everything is takehome, how about it, it’s too heavy, sir, boo, mon maappp. Fourth, be sincere. It’s true that sincere group work makes everything better. We are also good because the fall will be of many benefits. That’s what I feel…

Sometimes we are always obsessed with the world, the same career, the same education, and everything without ever thinking “is this good or not for me” or more simply “Is my body will be strong or not do all this”. During the 4th semester yesterday, I felt that I had experienced many things that made me think like that. Outwardly and inwardly, sometimes our condition doesn’t match what our ego wants. We want to be able to abcde in the near future, even though your condition at that time was only able to do a and b but was forced. It doesn’t really have an immediate effect, but it could be a ticking time bomb that could explode one day.