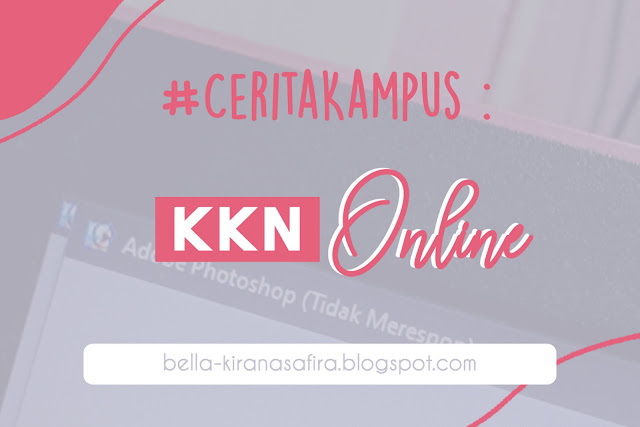 KKN is a mandatory activity that must be followed on my campus, the activity is community service for 51 days. In July 2019, I started thinking about KKN and because my major is included in the Social Humanities cluster, which is not sought after by KKN teams, I intend to form my own team.

So, at my campus, I usually make a team for KKN in one area. Later the team will make proposals etc. to be submitted to the campus and there will be battle for areas with more than one team. The team is called the proposing team and the maximum number is 8 people (but these 8 people are just formalities that enter the proposal).

I’m one of those people who overthinking with this KKN. Where do you think the KKN will be, who are your friends, do you think it will be connected or not, etc. Finally, I tried to talk to some of my friends and finally we agreed to form a team to propose KKN to Bali or West Java.

Long story short, the proposal team has been formed and there are already several members. My team proposes KKN in Binyan Village, Kintamani District, Bali Province. Almost every day we review the RPJMD (Regional Mid-Term Development Plan), BPS data, Bali regional regulations, etc. Anyway, trying to find information and what programs can be prepared by the team. Until finally we realized that there was another team that also proposed KKN to the Kintamani District, which ultimately made us have to move locations because we lost. battle. The team decided to move the location to Ibun District, Bandung Regency, West Java.

Because the team and location have been fixed, we will start regular meetings to discuss everything from the program to the technical departure and implementation of KKN later. When it’s cool again bonding, suddenly there was a COVID-19 pandemic that made lectures carried out from home and not allowed to go to campus. The meeting was held online and finally there was an announcement that KKN would be held online without direct participation :))))

Just skip to the story during KKN yaa~ 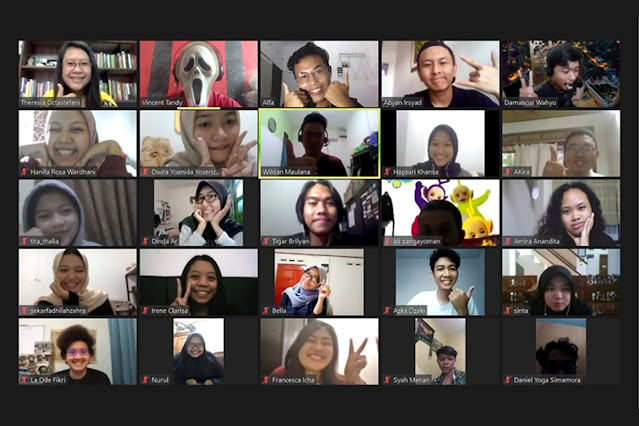 During the pre-KKN meeting, it was really too late because he was always dealing with a laptop every day. It turns out that my team can’t communicate in two directions with the village location. It’s sad at all. Oh yes, my team is divided into 4 subunits, 2 in Lampegan Village and 2 in Talun Village. I myself entered into subunit 2 of Lampegan Village.

The fun story of KKN started during a subunit meeting, then one of my friends asked “Who are you in Jogja, let’s meet” and it turned out that all of my subunit members were in Jogja! Alright, let’s make an appointment to meet up. 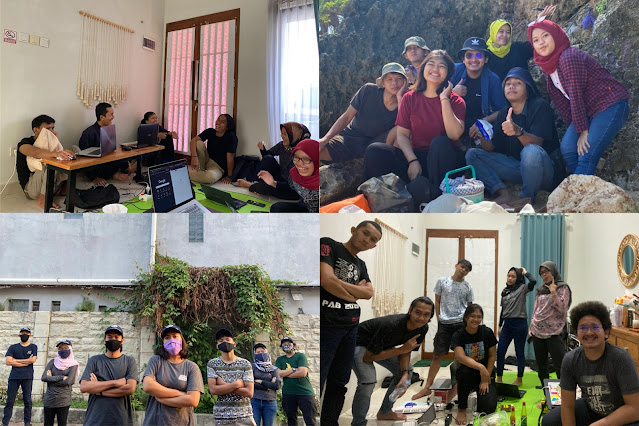 I’m really grateful for being included in this subunit, which is filled with quiet humans, wkwkwk. Honestly, we are very quiet when we gather as a team, but when we gather subunits, the crowds can make me cry. Because of them, my KKN didn’t taste bland. Actually, there are several other people in Jogja besides my subunit members, but most of the time we just get together and don’t invite others. Yes, it’s really bad. It’s so often my subunit meets, every time we get together our unit laughs to ourselves because of it inside jokes. 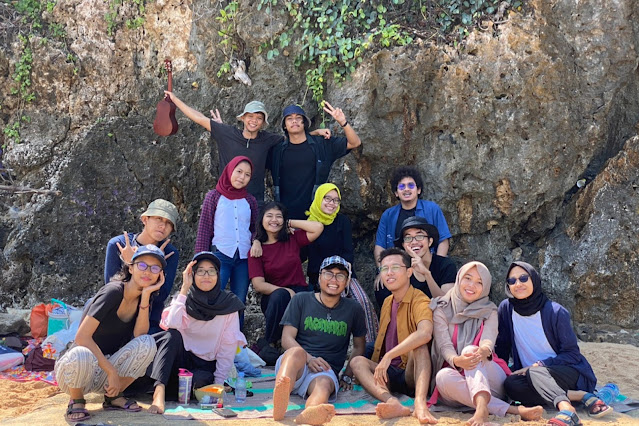 In the midst of the KKN period, the team members in Jogja gave the opportunity to make refreshing to the beach in Gunungkidul. The beach is very quiet, we were there from morning to evening, just really satisfied.

Hm, I’ve been talking about my friends since then, let’s talk about the program. So I myself have 5 programs, namely Village Government Capacity Analysis, Procurement of Mini Libraries, Data Collection on Village Socio-Economic Structure and Conditions, Tourism Mapping, and Economic Disaster Risk Mapping. Oh yes, I want to repeat what I said earlier that my team (especially the Lampegan Village subunit) could not carry out two-way communication with the Village which ultimately affected the data that could not be fulfilled. So how are you? yes modestly and with various adjustments. For example, the Mini Library Procurement program finally had to be replaced with Book Donation Delivery, it couldn’t make a mini library 🙁

Oh yes, someone asked at that time “how do you get the KKN team, especially from the DPP?”. So, I’m from the Department of Politics and Government, which is said to be difficult to get a KKN team because I don’t have the expertise to build bridges, manage village cooperatives, health checks, etc., which is very typical of KKN. But actually the plus value from us is in skills negotiations. So it is really necessary to be a proposing team and when dealing with the government. In addition, you can also say that you have expertise outside the field of study. For example, in the Tourism program, I finally made a marketing recommendation because I just finished taking a Marketing course, so I understand quite well. 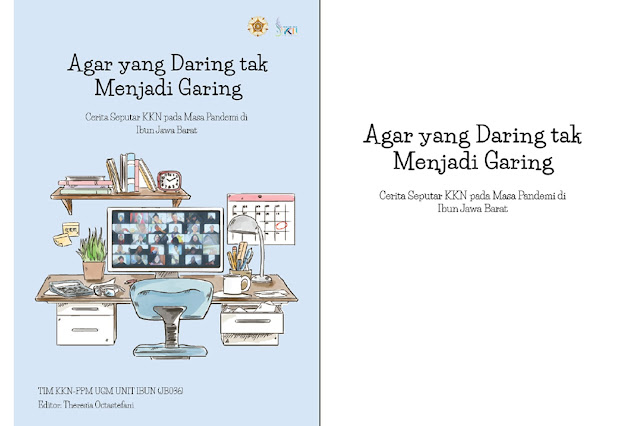 In addition to working on work programs, my team also has several outputs, such as podcasts and books. I just filled up one of the KKN podcasts that talked about questions skincare wow. This book contains the story of us as a team while undergoing online KKN. Oh yes, in this KKN I can also lay out + design to catch up :)) Really train patience, especially if suddenly not responding like the cover photo of this post 🙂

During the KKN period, I still blogged & wrote for the bellabeautydiary. Honestly, it’s really noisy. Every day there is something to do so I feel very busy. If there is no KKN deadline, then I’ll be content. But I’m grateful that everything can work, if the KKN is directly involved, it’s not necessarily still blogging & content, hihi. 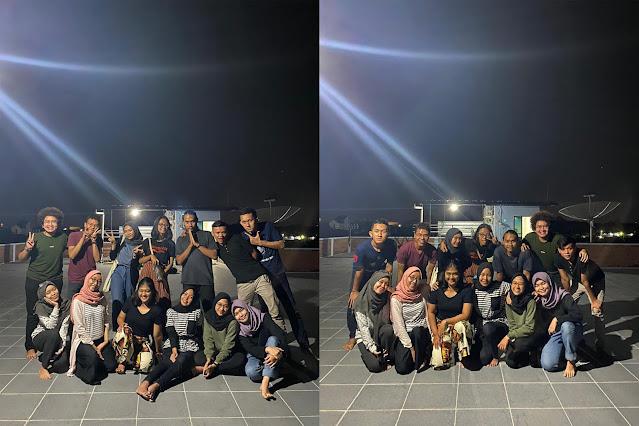 In essence, this online KKN has its ups and downs. Even though I can’t haha ​​hihi 24/7 with my teammates at the lodge, but I’m happy to still be able to haha ​​hihi with subunit and team friends in Jogja even though it’s not 24/7. Then you can also upload and deal multiple brand collaborations. So happy❤

Oh well, it’s been a long time. If anyone wants to be asked about KKN, let me know, you can comment or chat via dm/line/wa, that’s okay too!