A Trip To Remember : Semarang!

“Haha, how come this is a bell”

Because the chat suddenly came from Ara when I just woke up, there was a trip to Semarang with Ara, Khansa, Via. As soon as the PAS is finished, look for transport at the hotel. Ended up with DayTrans and EbenHaezerGuestHouse.

At first I was super excited about this trip. But d-3 suddenly woke up, his eyes were swollen like he had been crying for a week :)) At first it was relaxed, I hope it will be better tomorrow. But until d-1, it got even worse, so it was like being punched in mass :(((So finally decided to bring sunglasses to Semarang 🙁 H-1 there was also a transfer of accommodation (?), because of some things, they ended up staying at Hotel Pandanaran :3

In the morning, take a shower and have breakfast, then go to the DayTrans office. I went first because the house is in the middle of the city itself:’) Then pick up the three of them near Janti, then go to Semarang. The whole trip just sleep-gossip-eat-sleep wkwk. Finally after about 4 hours of travel, we arrived in front of the Pandanaran hotel. Go straight in and then check in right away then until the room is directly attached to the mattress, wkwkwk.

After that, we immediately got ready, then otw Lawang Sewu. Because it’s close to the hotel, we walked. Even though at night we checked the distance from the hotel to Lawang Sewu, it was almost 1 km :))) In Lawang Sewu, photos, photos, drinking, fans, more photos. Because the condition of the eyes is still disgusting, while here I always wear sunglasses. So yesterday when I uploaded a photo on ig, the comments were all massagers. Tq. 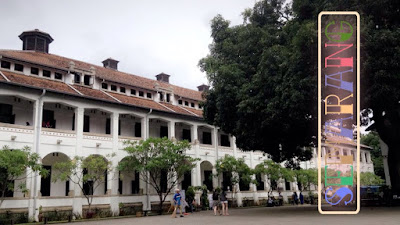 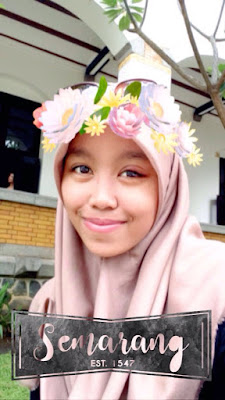 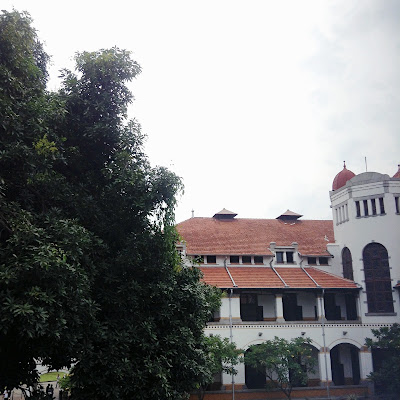 After being satisfied playing around (and getting too hot) we finally decided to move to Sam Poo Kong. Because the distance is quite far, we can’t walk :)) Finally, we try to find a go car. Get our first go car in Semarang, wow. And it turns out that Sam Poo Kong is far away too. Until there, take more photos and then….. rain. It’s okay to breathe first but Ara and Khansa still take photos while carrying an umbrella :)) Me and Via are too tired so just sit and watch. 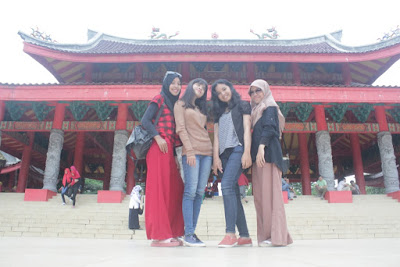 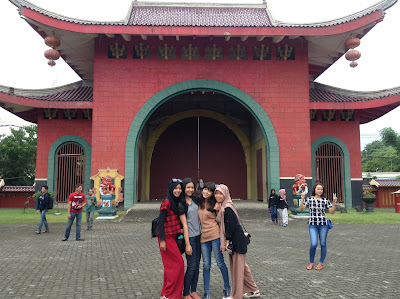 After taking pictures at Sam Poo Kong, we intend to go to Kota Lama. But I’m really hungry because I haven’t eaten since morning. Finally saw Siomay Hot Plate like that. I was hesitant because I was afraid it would be expensive, but it turned out to be cheap + delicious :)) When we ordered a go car to Kota Lama, no one wanted it hm :)) Then we ordered to the hotel, uh want :)) Well, finally to Kota Lama, we have to wait~ At night, we want to eat catfish pecel. Just walk until Simpang Lima, it’s a long way btw :)) Then it turns out that the price of catfish pecel there….20k’s, where there’s no lesehan. It’s okay, the important thing is to get onion sauce :))

Arriving at the hotel, my feet have asked for a massage, wow. Then we play cellphones like that, right, watching soap operas, wow. Then suddenly at otpan. Ara Via otp with a guy, Khansa and her mom, I don’t have anyone calling 🙁 Then he said to handis “get alone, on otp:(” Then finally got a call too HAHA, it’s best if you’re mad. After that, it’s stupid~

In the morning, wake up late :)) Then immediately have breakfast. Bella has breakfast 6 times, please :)) Until the others are confused, how come little Bella eats so much :)) WKWK. Then Ara Via swimming, Khansa and I bought gifts from the same atm. Arrived at the hotel, showered, packed and checked out. The first destination, the old city. 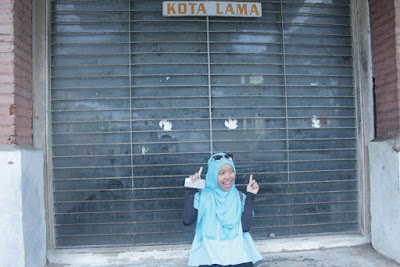 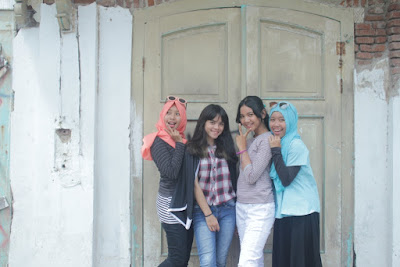 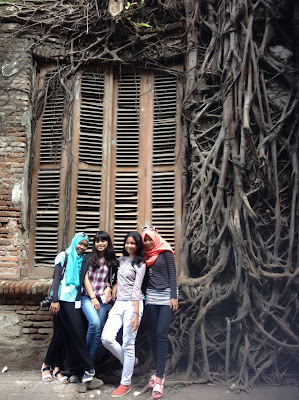 When I was in the old city, I was told that the trip was being advanced. We immediately rushed to find a go car to go to Richeese Factory because we wanted to be hungry. Then until there, followed by Reyhan. Then immediately rush to go home eh ganemu go car. Until finally I got it, where’s the good Betz then said khansa handsome :)) After that, pray at the hotel, then go back to Jogja.

Thank God, the holidays are not talked about :))) It’s good to know each other’s ‘body’ because of being in a room :)) Astaghfirullah :))